Having started my journey in the federal contracting community close to 30 years ago, I’ve seen quite a few changes in policy and process that have both improved and degraded the ability of small business concerns to participate as contractors and subcontractors. I’m not referring solely to changes where the language targeted small business, I’m also including those intending to change how business is done based on a specific commodity, contract cost type, procurement method, agency mission or government-wide initiative.

In this, my first contribution to GovCon Voices, I’m taking a look back at recent proposed changes that resulted in lots of conversations with my friend Steve Koprince, a slew of articles and blogs and way too many anxious moments awaiting the outcomes. This is the second of a three part series I’m calling ‘The Good, the Bad and the Just Plain Ugly Changes That Almost Were!’ 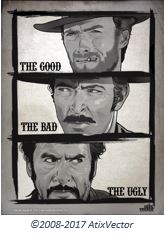 In the final days of calendar year 2014, the Small Business Administration issued a proposed rule that would create much discussion about substantive changes to small business subcontracting. As mentioned in Steve Koprince’s January 2015 post to SmallGovCon, these proposed changes were focused on how small business subcontracting limits are calculated,and how those limits are enforced. While many of the changes would be welcomed, one provision spelled out rules that would be detrimental to small business concerns should these changes become final. The previously mentioned SmallGovCon article explains this proposed change that’s entitled:

This Could Leave a Mark!

If we understand that a ‘Similarly Situated Entity’ is a small business concern participating in the same SBA program as an eligible small business offeror and awardee (the prime contractor), this proposed change was perched to place significant burdens on small business. Consider this. For companies pursuing acquisition programs such as GSA ALLIANT, NASA SEWP, CMS SPARC and any number of agency-specific and government wide contract vehicles of similar ilk, there are not defined requirements where firm partnerships and work-share can be established.

At this stage relationships are based on what’s anticipated to occur and are subject to change at the task order level if the right mix of experience, capabilities and capacities are not in-hand. For these pursuits, teaming and subcontracting is dynamic, to say the least. As opposed to requirements programs tied to specific business or mission objectives, such as the MSC Shipboard Managment Infrastructure System (SMIS) or the BLS Consumer Price Index (CPI) Maintenance, where offerors have an opportunity to form partnerships based on defined needs. While it would have been interesting to see how this would have been implemented given the pervasiveness of multiple-award contract vehicles, I’m happy to speculate about what would have been.

Your comments and questions are always welcome! Stay tuned for part 3 featuring ‘The Good’ change that almost was.

“The person who says it cannot be done should not interrupt the person doing it.”

‘Go-To’ Guy Timberlake is an accomplished veteran of federal contracting with nearly 30 years of experience, knowledge and relationships acquired in support of civilian, defense and intelligence agency programs since Operation Desert Storm. He’s called ‘Edutainer’ for his ability to make mundane discussions about business essential topics (like finding and winning federal contracts and subcontracts!) interesting, and presenting them so they are practical and sticky. Most important is that Guy is a devoted husband, a proud father and loves pizza night with his family and friends. ‘Go-To-Guy’ is the nickname given to him by his defense customers in the 1990’s.

GovCon Voices is a regular feature dedicated to providing SmallGovCon readers with candid news, insight and commentary from government contracting thought leaders.  The opinions expressed in GovCon Voices are those of the individual authors, and do not necessarily reflect the opinions of Koprince Law LLC or its attorneys.